Mauricio G. C. Resende is best known for his research in algorithms and optimization, as for example GRASP, BRKGA, and interior point methods for linear programming and network flows. He has published over 200 papers and has authored or edited seven books, among them Optimization by GRASP, Handbook of Applied Optimization, Handbook of Optimization in Telecommunications and Handbook of Heuristics. He has 15 U.S. patents. His body of work has over 25 thousand citations in Google Scholar, where his h-index is 77. He is a member of the editorial boards of several journals, including Networks, Discrete Optimization, J. of Global Optimization, RAIRO, and ITOR. He is a Fellow of INFORMS. Before joining Amazon as a Principal Research Scientist in 2014, Resende had a career as a research scientist at the Mathematical Foundations of Computing Department at AT&T Bell Labs and at the Algorithms and Optimization Research Department at AT&T Labs Research in New Jersey. Since 2016, Resende is also Affiliate Professor of Industrial and Systems Engineering at the University of Washington in Seattle. Larissa P. G. Petroianu is a fifth-year Ph.D. candidate at the Industrial and Systems Engineering department at the University of Washington. In the talk they reviewd the basic components of a BRKGA and introduced an Application Programming Interface (API) for quick implementations of BRKGA heuristics. Overview regarding the implementation of the framework to a number of packing and layout problems, such as 2D and 3D constrained orthogonal packing, 2) 2D and 3D bin packing and 3) Unequal area facility layout was provided. The talk was concluded with a brief review of other domains where BRKGA have been applied. 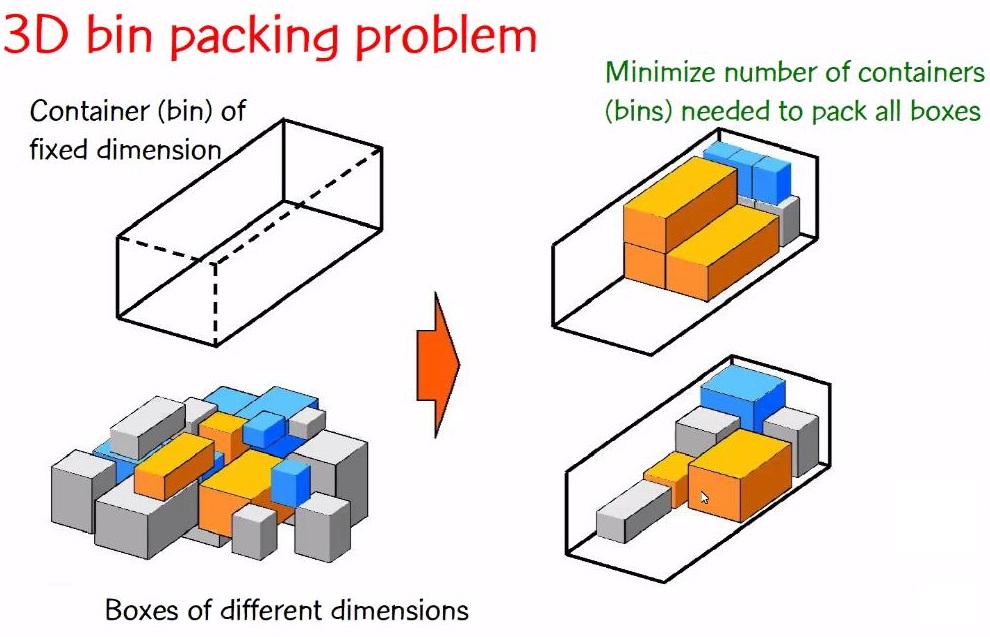 Continuation Methods for Multi- and Many Objective Optimization

Oliver is an active researcher in the field of multi-objective optimization and proposed many local search based EMO methods . More about his work can be found from his website (http://delta.cs.cinvestav.mx/~schuetze/). He is the founder organizer of the Numerical and Evolutionary Optimization (NEO) conference in Mexico which focuses on merging the ideas of classical point-based and recent evolutionary population-based optimization methods. He presented his work on Pareto Tracer and Pareto Explorer. More on it and corresponding MATLAB implementation of Pareto Tracer can be found at the following link: (https://github.com/adanay/ParetoTracer) 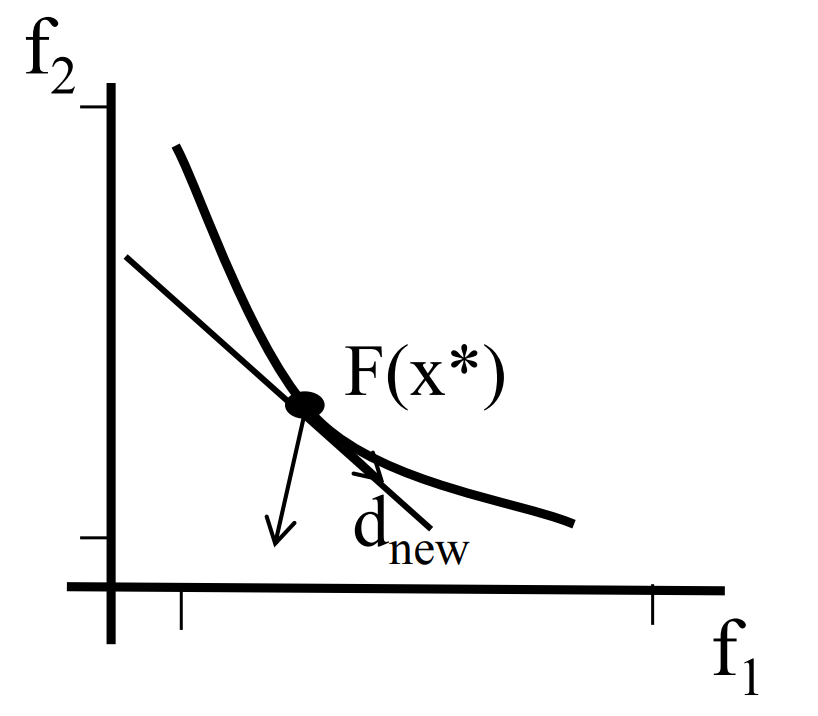 Abhiroop presented his work on developing a multi-objective optimization framework for designing solid propellant-based rocket motors. These propellants have the advantage of being low-cost and easy to store resulting in a much more compact rocket. In order to obtain the optimal thrust as per requirements, the geometry and composition of the fuel needs to be carefully controlled. Improvements in additive manufacturing technologies allow a much finer control of the material composition in different regions of the propellant mass. By modeling the geometry and propellant material composition, an objective function can be defined which shows how well a particular design matches the target thrust. Another aspect in the problem is to minimize the amount of insulation required on the rocket which is to be achieved by almost simultaneous burnout of propellants throughout the rocket at the end of the burn. These two objectives have been optimized using NSGA-II and the results illustrate the effectiveness of multi-objective optimization algorithms on this problem. 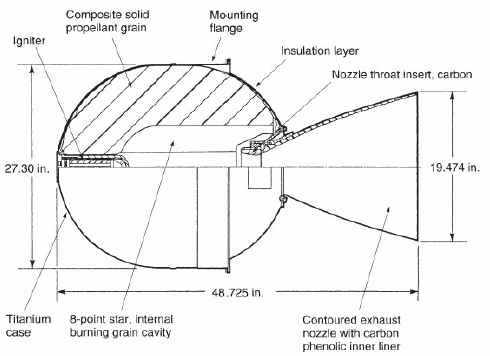 Khaled presented his work on the experiments for the simulated robotic-arm grasping maneuver learning. The work is an implementation of the method described in the paper entitled authored by Ha D. et.al. (https://arxiv.org/abs/1803.10122) The talk explores building generative neural network models of popular reinforcement learning environments. The original paper discusses use cases for two computer game environments, but the talk explores its applicability in robotics in general. The model can be trained quickly in an unsupervised manner to learn a compressed spatial and temporal representation of the environment. By using features extracted from the world model as inputs to an agent, a very compact and simple policy can be learned that can solve the required task. Even the agent can be trained entirely inside of its own hallucinated dream generated by its world model, and transfer this policy back into the actual environment. An open source implementation of the experiment can be found in https://github.com/hardmaru/WorldModelsExperiments. 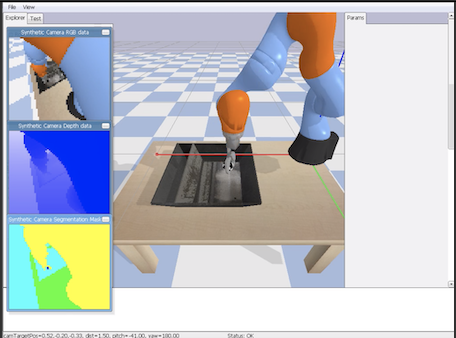 Optimization group from Cummins Corporation visited COIN Lab on 20th Nov. They presented the industrial application of optimization. The problems they usually deal comprises of expensive functions (1 function evaluatoin is approximately 1 week in some cases) and multi/many objective optimization. Innovation is the key to survival and expansion in today's corporate world and it was really interesting to see how this Fortune 500 company was the technology of multi-objective optimization to aid and automate the process of design and analysis. 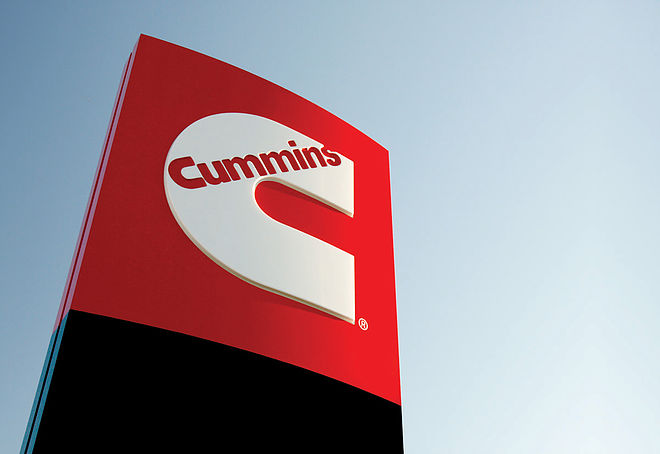 Prof. Jeffrey Horn of Northern Michigan University, Marquette delivered a COIN Lab Lecture on 17 Nov 2017. His talk was broadly on Niching Methods and Applications of Evolutionary Computing. His talk illustrated methods he developed to solve the NP hard problem of Sudoku and Packing Problem of Irregular Shapes in Irregular Containers. Prof. Horn is the author of Niched Pareto GA -- one of the three initial EMO algorithms, which throttled the EMO research to its peak. He received his PhD degree from University of Illinois at Urbana-Champaign and since then had been working at NMU. 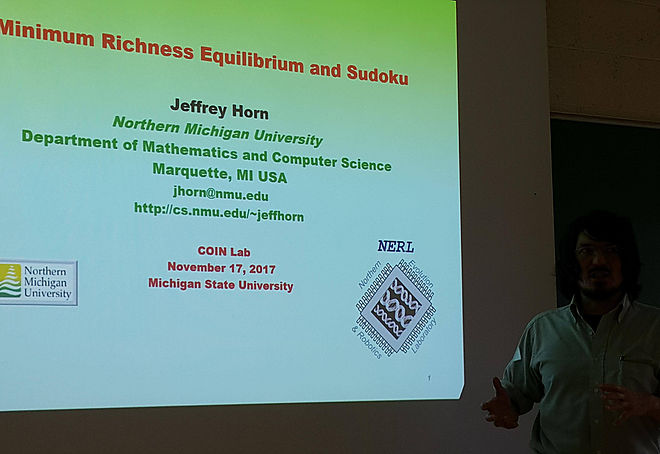